After a very competitive end to the 2013-14 season, we decided to make a few changes to the car. In order to stay competitive, the car now boasts a 2-litre engine that originally came from a Japanese spec Integra Type R. The new engine provides not only more power, but better power delivery and more torque.
With the start of a new championship, new engine and revised regulations, it was time for a new color scheme. Based on Quanto Bello’s corporate colors, the new livery has turned a ordinary Honda Civic into a professionally-prepared touring car. Thanks to Leigh Evans of BraveBrands for the dynamic and striking design.
A big thanks to my mechanics, the best in Qatar, and everyone else who supported the rebuild of the car. 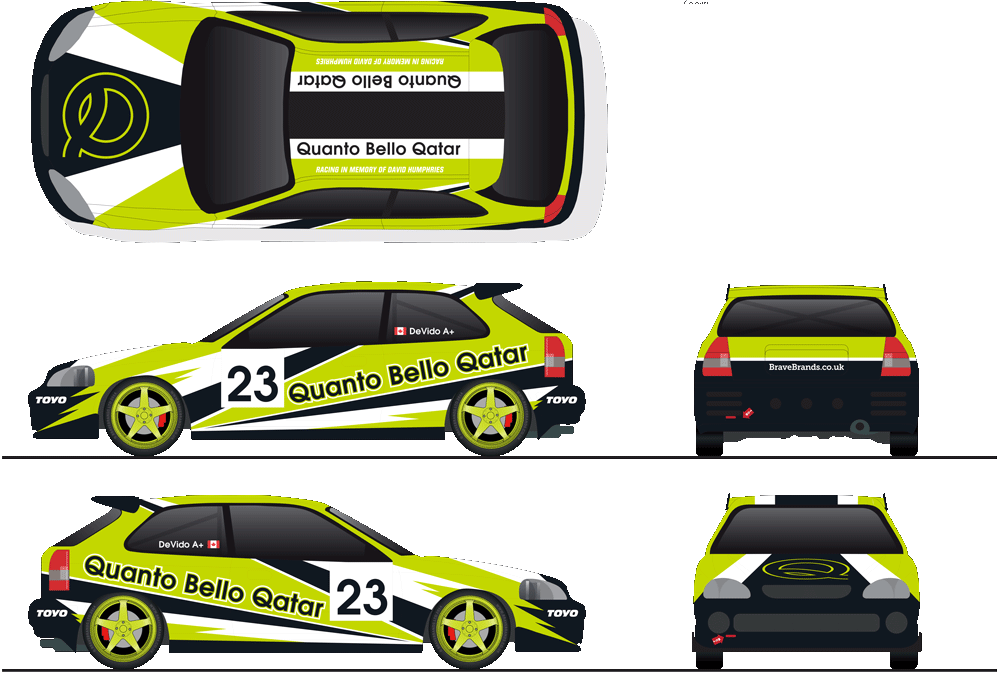