Round 1 was a race of survival.  The car was just ready and the team was focused only on testing its reliability.  Pace and handling were not important in Round 1, only finishing the race was important.  Round 2 would be different.  After Round 1 we had time to sort out issues and were able to focus on alignment settings and other tweaks.  Therefore this race weekend would be a true test of the car’s (and driver’s!) capabilities and outright pace.

The practice session was without incident.  We planned to test both 15” and 16” wheels to see which of the two were more suited to the Losail circuit.  After brief runs with each size, the choice became very clear.  The 16” wheels resulted in an improvement of around 2 seconds a lap.  This placed the Quanto Bello racing team 3rdfastest in practice and in a good position to fight for the front row of the grid during qualifying.

Qualifying gave us an even better result.  After a few more practice laps with the new 16” wheels, lap times quickly fell down around 2:31 which was good enough for 2ndposition.

Going into the race the next day, the team felt strong and had the confidence that we would be fighting for the win this weekend.  Unfortunately, an exhaust clamp had other thoughts.  It decided to come loose on the warmup lap, and on the race start the entire exhaust system decided to come apart.  This made the race very difficult as not only was the car unbearably loud, but I was concerned that by running over too many kerbs, the exhaust would fall from the car, and force retirement.  So, every lap was treated with caution, and I did not force my pace to challenge the front runners.  For several laps this proved possible, until Pavel made an error and put me in contention to fight him for 2nd step on the podium.  And what a fight it was!  There is no better racing experience than fighting for position with a friend, and someone you know you can trust on the track.  We swapped position several times in the last few laps, and as we crossed the finish line, were separated by only a few tenths of a second.  Great racing.

A big thanks to the technical stewards at Losail circuit for not only accepting the drivers’ request for the power-to-weight rule, but also being approachable and supportive in this period when we are all learning about how to get them working correctly.

Not a bad result and enough points to put Quanto Bello racing team in the lead of the championship.  Looking forward to Round 3.

For more pictures visit the photo gallery or click here 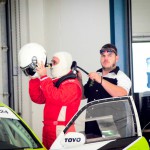 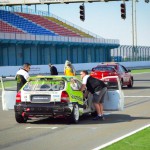 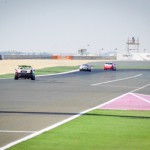 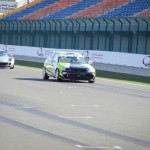 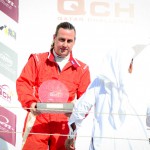 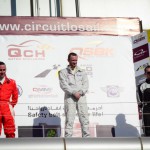 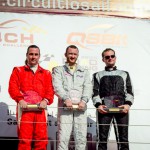