Despite numerous ups and downs, the first race was a fantastic start to the season. The week leading up to the race was hectic and at one point I was in doubt the car would be ready. Luckily the team was able to get the car started and onto the recovery truck in time to get it to the circuit for scrutineering. The rest of the day, leading up to the qualifying session was a mad rush putting the finishing touches on the car.

The first practice session was interesting. It was the first time driving the car with the new engine. Its surprising how different the same car can feel after changing an engine. Out of the box, the engine and gearbox felt strong. After so much work, I was pleased to just be out on the circuit again. After a few warmup laps, I increased the pace to test the handling and immediately felt that the alignment was off. After changing so many suspension components with the engine swap, the car was in very much need of an alignment.

On to qualifying and this is where the improper alignment settings started to become annoying. The car felt very fast and very capable, but just would not grip in the corners, especially the slower ones. Despite the handling, I was pleased to post a respectable time and qualify 3rd.

Raceday. The start of the race was clean and without incident. However almost immediately, red flags were shown and the race was stopped because two dogs had made their way onto the circuit. After they were cleared, we were told to take our positions on the grid; this is where things got interesting. The car would not start. Big thanks to some of the other drivers who were there to help out. Manju, Dave and George quickly checked the car over and came to the conclusion that my fuel pump fuse had blown. Team manager Jimmy Mason recounts events, “ I sprinted at full capacity back to our pitbox to retrieve a much needed fuse for the starter. Fully winded, I dug down deep to find the much needed energy to sprint back to the car waiting at the pit lane starting line. Being the wise and handsome man that I am, I spotted a bicycle in a neighbouring pit box and “borrowed” it to try to beat the closing of pit lane and get the Quanto Bello car out to the starting grid. Despite a valiant effort the pit lane had closed and Peter was forced to start the race last from the pits”.

Starting a race from the pits usually means you will be fighting to not finish last. However, I was absolutely ecstatic that my car was working and I looked forward to being able to race. I ended up finishing in 4th. Not a bad result considering there were times when I didn’t think I would be racing at all.

A week later, we were informed by the motorsport federation that the top two finishers were disqualified because their cars did not comply with the regulations, moving me up to 2nd!

Thanks to my mechanics, my team and all the supporters. DeVido Racing team is now 2nd in this year’s championship! Looking forward to Round 2.

Here are some highlights!

For more pictures visit the photo gallery or click here 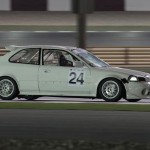 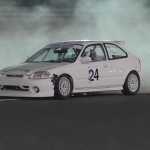 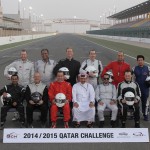 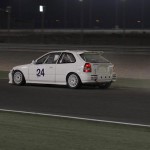 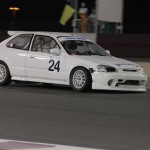 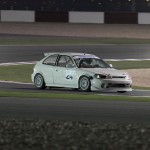